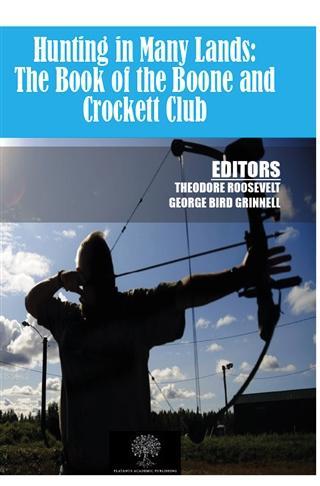 Emeği Geçenler :
Hunting in Many Lands: The Book of the Boone and Crockett Club

The first volume published b by the Boone and Crockett Club, under the title American Big Game Hunting, confined itself, as its title implied, to sport on this continent. In presenting the second volume, a number of sketches are included written by members who have hunted big game in other lands. The contributions of those whose names are so well known in connection with explorations in China and Tibet, and in Africa, have an exceptional interest for men whose use of the rifle has been confined entirely to the North American continent.