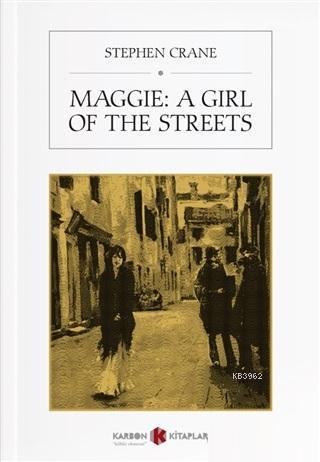 Emeği Geçenler :
Maggie: A Girl of the Streets

While Crane most likely had completed an early draft of his first book, the novella Maggie: A Girl of the Streets (1893), while studying at Syracuse, it wasn't until after moving to New York that he rewrote and finalized the piece its pages fortified with details that he picked up in the Bowery. A compassionate story of an innocent and abused girl's descent into prostitution and her eventual suicide, Maggie was initially rejected by several publishers who feared that Crane's description of slum life would shock readers. Crane ended up publishing the work himself in 1893 under the pseudonym Johnston Smith.